[…Even If Everything Else is Only Making Things Worse] 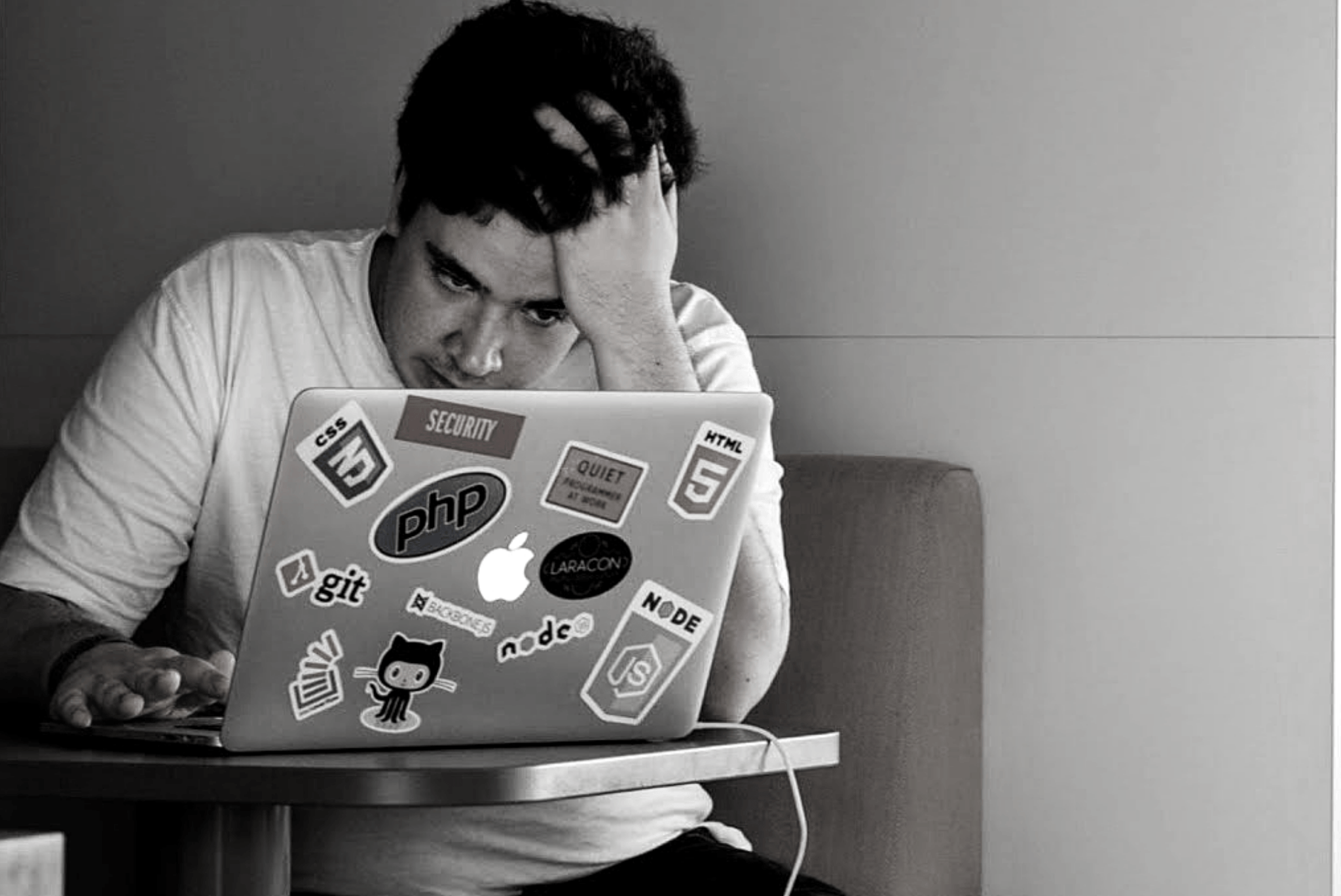 Running out of gas without an end in sight

Rolling over in bed as you’re grabbing your phone.

At one point you believed entrepreneurship was empowering.

However this isn’t what you signed up for, and that’s not the worst part.

You’re making way less than your friends with jobs…

…or even what you were making before when you had a 9 to 5.

And they’re going home at night, when you’re just getting started.

Fun was becoming a distant memory…

They say this is part of our entrepreneurial journey…

…and you keep hearing it will eventually pay off.

“If you just keep pushing, all of this stuff you wanted will become real.”

But you’re completely out of gas now.

None of those dreams are even close to what’s happening now.

You are not alone in this…

…believe it or not, you’re part of the silent majority.

Psychologists and physicians around the world are preparing for this…

And even after building a multiple 7-figure business.

My burnout wouldn’t let me take the next steps.

Something had to change, and fast.

And here’s what I discovered. 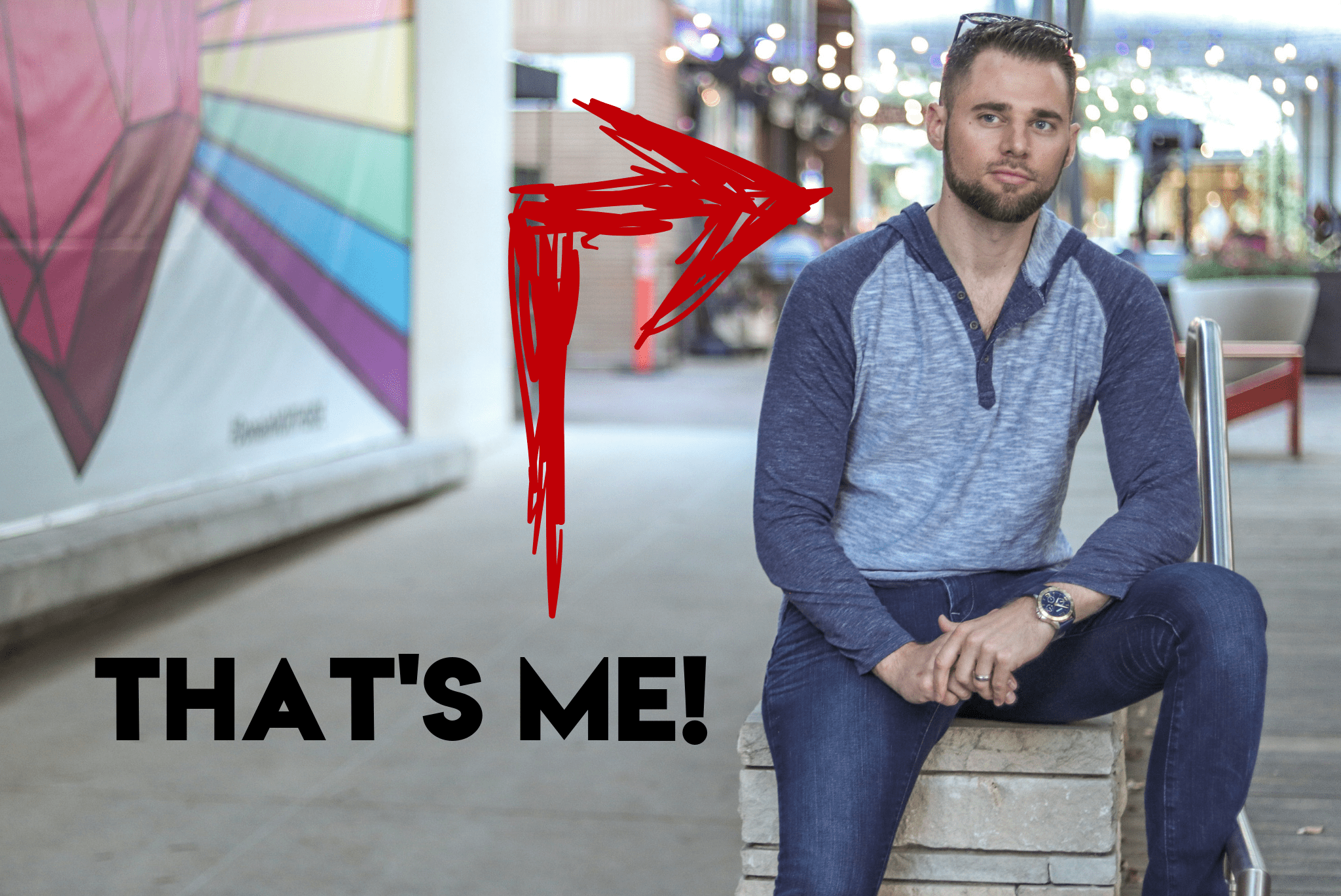 I Was Completely Defeated

Weeks before my 30th birthday…

Suffering from severe burnout I sat in the Doctor’s Office when he said:

“You’re not going to be around at 40 at this pace, Chris”

I wasn’t just going to lose my business

I was going to lose everything I cared about.

This was no longer about willpower.

Concerned, I thought about my entrepreneurial friends who were just like me.

The Doctor’s said they now see it every single day.

We were the silent majority.

I Needed a New Approach to Keep Going

I couldn’t even work.

My body was in such bad shape I could barely even handle taking out the trash.

With having all this newfound time in my life I started thinking about how I could do it differently.

And what better way than to learn from all of the people I admired and respected.

So I started a podcast where I’ve now interviewed nearly 200 of the world’s Top Entrepreneurs.

And what they shared with me not only blew my mind…

…it saved my life.

It changed the course of my business forever.

And this breakthrough realization set me free…

Growth DOESN’T require sacrifice, it requires breaking through with a ‘phased, tactical plan…’

You have to take affordable, practical steps.

With clear vision of where you’re going…

…and the exact process to get there.

Because so many of us are just doing ‘THINGS’ we think we should.

But the reality is this.

The methodology that the highest performers deploy is not about doing and doing until your head falls off.

In many cases they aren’t doing more….

Because it’s about calculating where the highest level of contribution lies.

They are laser focused with a system that immunizes them…

…from burning out while achieving their exact intention in every area of life.

…I pieced together this ‘phased, tactical plan.’

And the overwhelm disappeared.

It didn’t just take me out of burnout…

I was getting three times the results but with half the effort.

I was reclaiming control over my life.

I was no longer riding the overwhelming rollercoaster of life.

Then I turned this into a repeatable, ‘phased process.’

I’ve systemized it for you to immediately leave overwhelm behind too.

And my students have seen a measureable result in less than two weeks.

THIS IS 'EXACTLY' WHAT I NEED!

Here’s the Exact Reason Why Entrepreneurs are Burning Out

Meaning, the perception of what’s required actually evolves in relation to the eye of the beholder.

Most entrepreneurs have BIG goals.

But not an effective framework to achieve said goal.

As you can see, the gap between where you are now and achieving this goal has no definitive path.

It’s like saying you want to drive from NY to LA without your GPS.

So what ends up happening is you get lost, frustrated, confused and likely not ending up at your destination.

And then watch what happens as time evolves because it only gets worse. 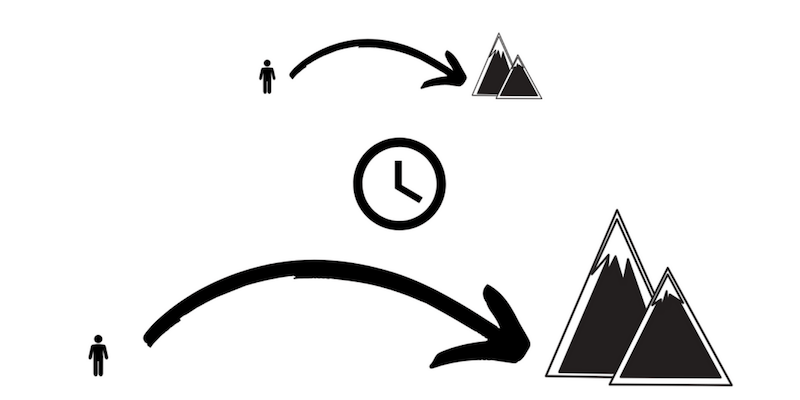 More and more time passing by makes the goal FEEL bigger and the path FEEL longer.

This is why it’s paradoxical.

We end up procrastinating, putting things off and feeling like there’s this ‘mountain’ we just can’t seem to climb.

If you don’t believe me, then I’ll prove it to you.

Remember a time when you thought something was going to be super hard and take forever?

And then remember when a friend, mentor or someone helped you do it and it was SO much easier than you made it out to be?

This is the exact same psychology happening here.

It drives you crazy, you have no path, it makes you feel stuck and you end up in burnout.

But then let’s take this next scenario into the equation.

In this example you’ve strategically outlined this ‘phased process’ to achieve exactly what you want.

You’ve eliminated any obstacles and detours along that road…

…or you’ve planned to automatically overcome them.

Now your small wins along the way end up resulting in a BIG win down the road.

Because you stayed on course it was much easier to navigate than climb that one very large, abstract goal.

This course is about accomplishing exactly that… 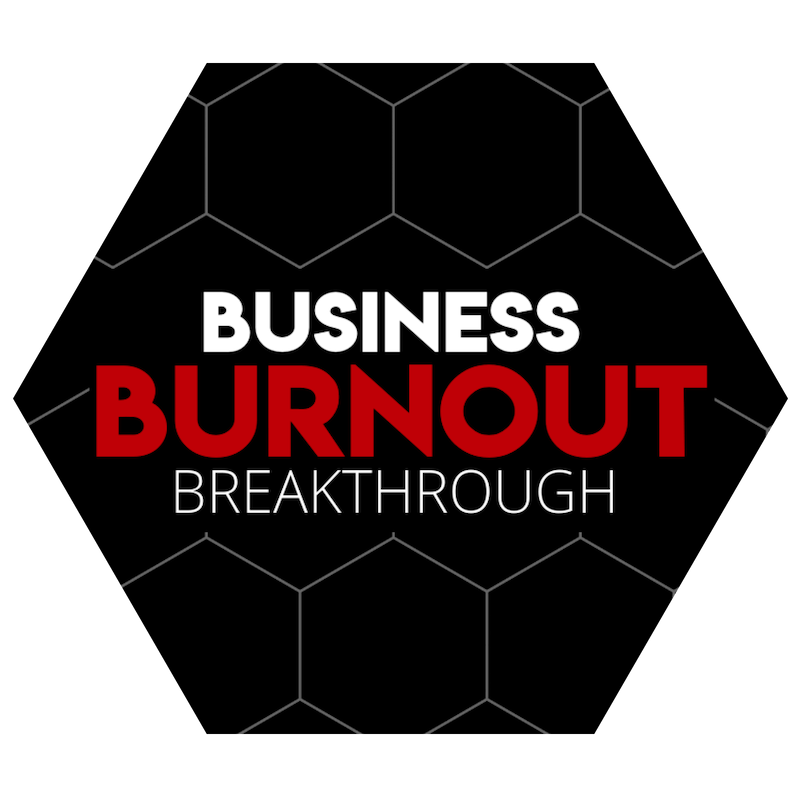 A tangible, science-based approach Launching Entrepreneurs
from Overwhelm into Breakthrough Growth That:

Use Our "Toggle Process" to Assess Time Waste

Double Down on FOCUS with Our 'P.A.D.E. Process'

Hits Your Milestones and Leverages Momentum

Reframe how you approach your business 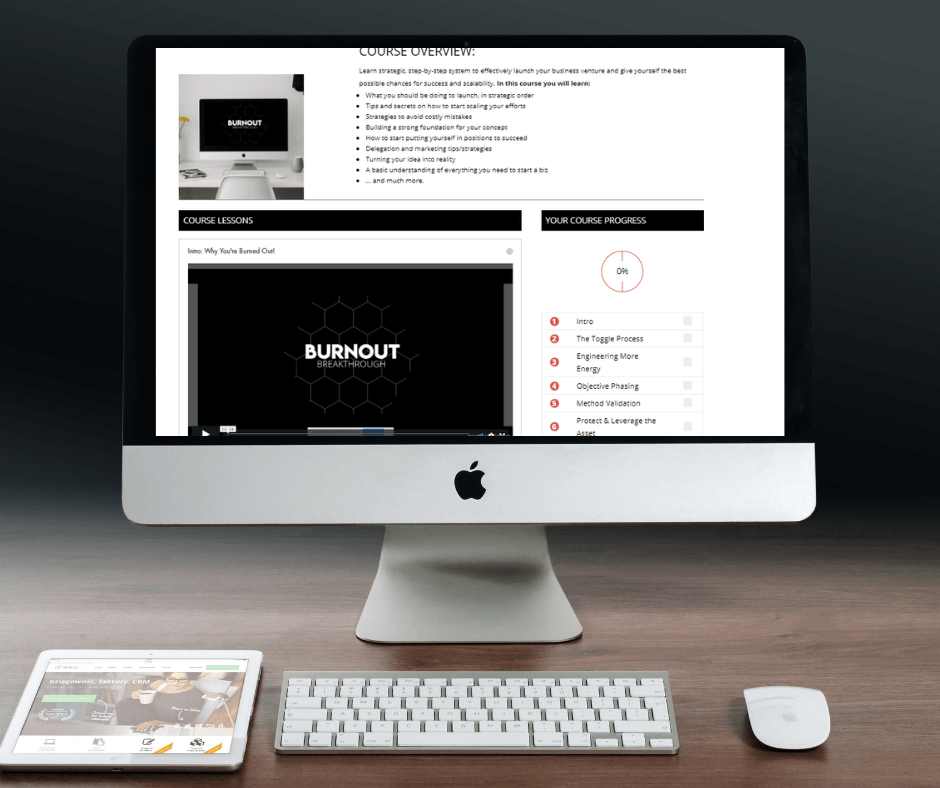 ...Your Business From Chaos to Clarity 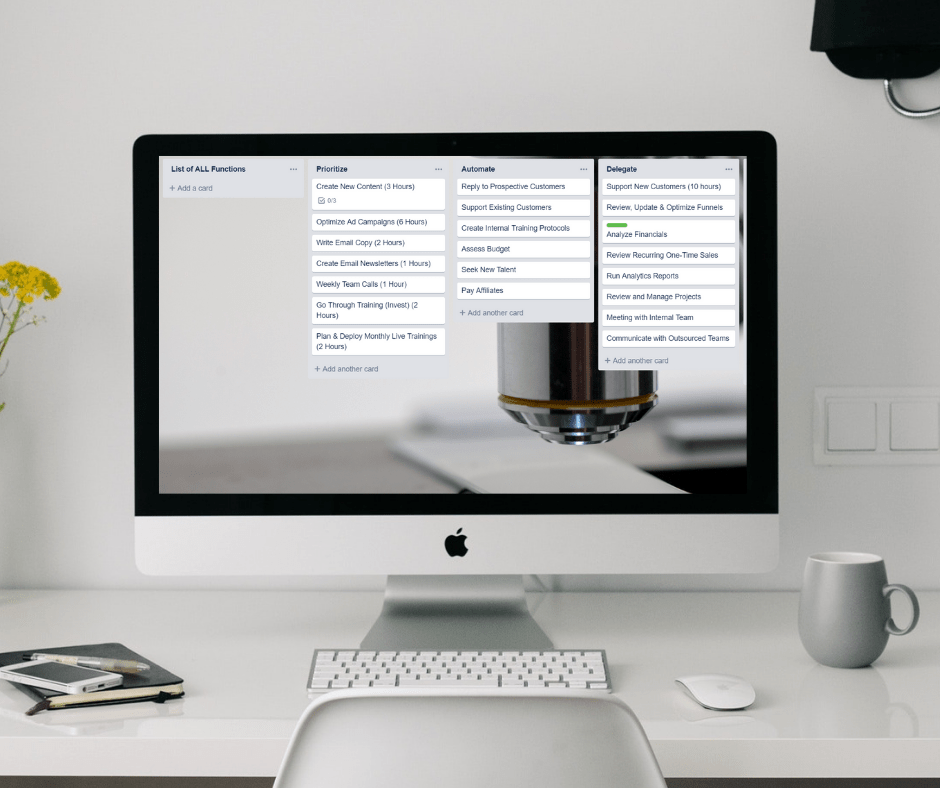 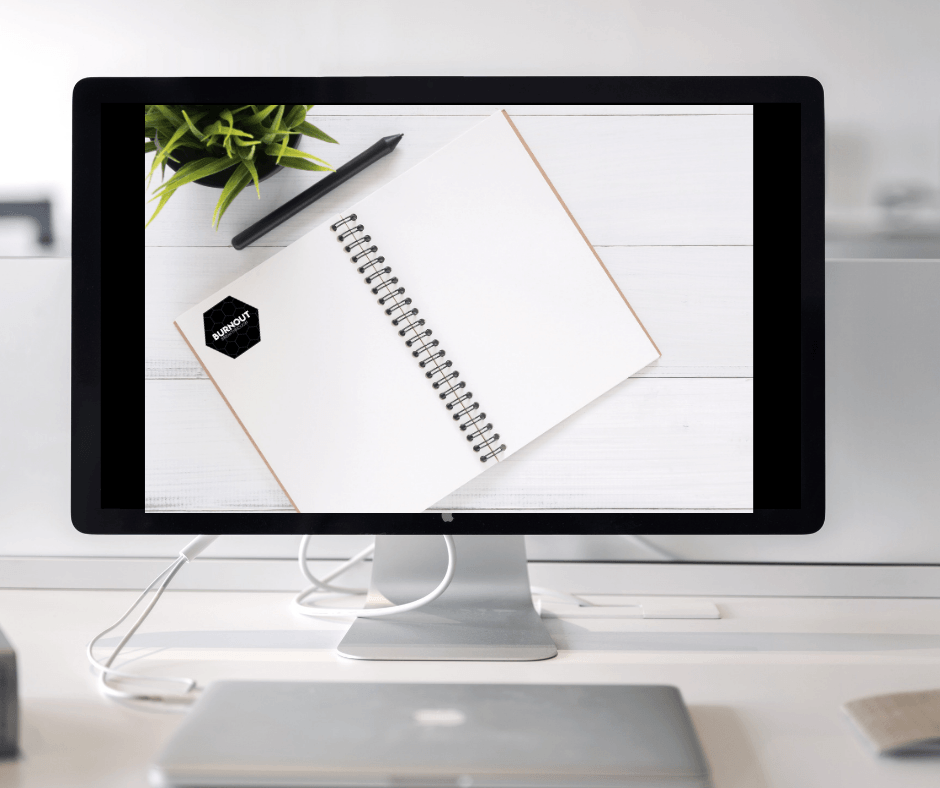 Hitting Your Milestones and Leveraging Momentum into BIG WINS (VALUE $37)

Protecting & Leveraging Your Most Valuable Assets like Health, Vitality and Passion (VALUE $29)

(For a Limited Time) 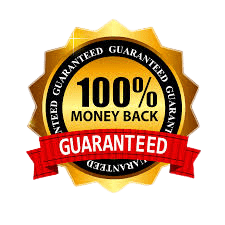 so..let’s recap everything you get when you join.

YES! THIS IS EXACTLY WHAT I NEED, I'M READY

so..let’s recap everything you get when you join.

YES! THIS IS EXACTLY WHAT I NEED, I'M READY

here’s how to order 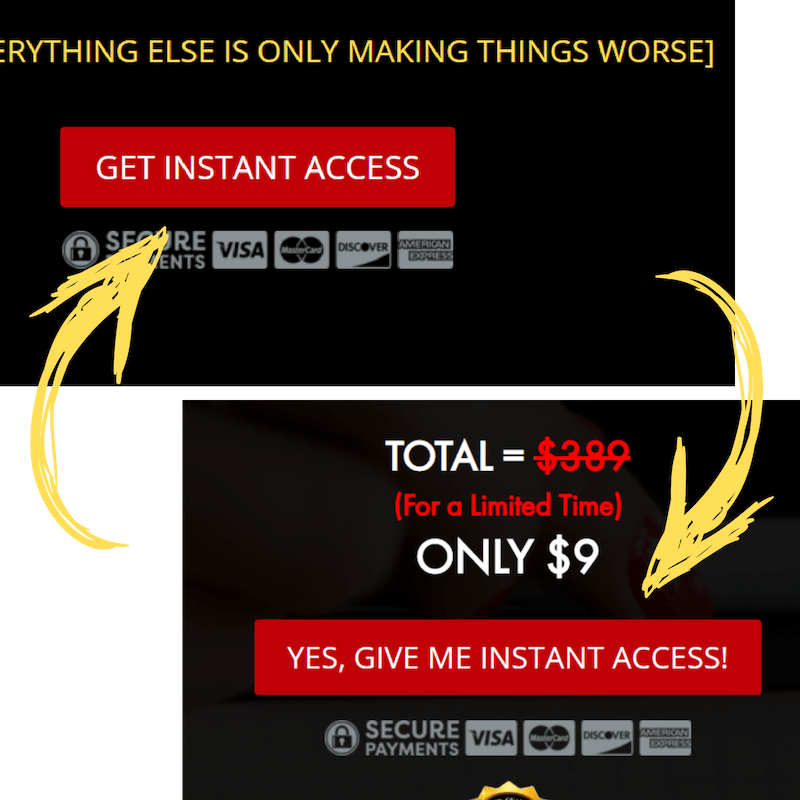 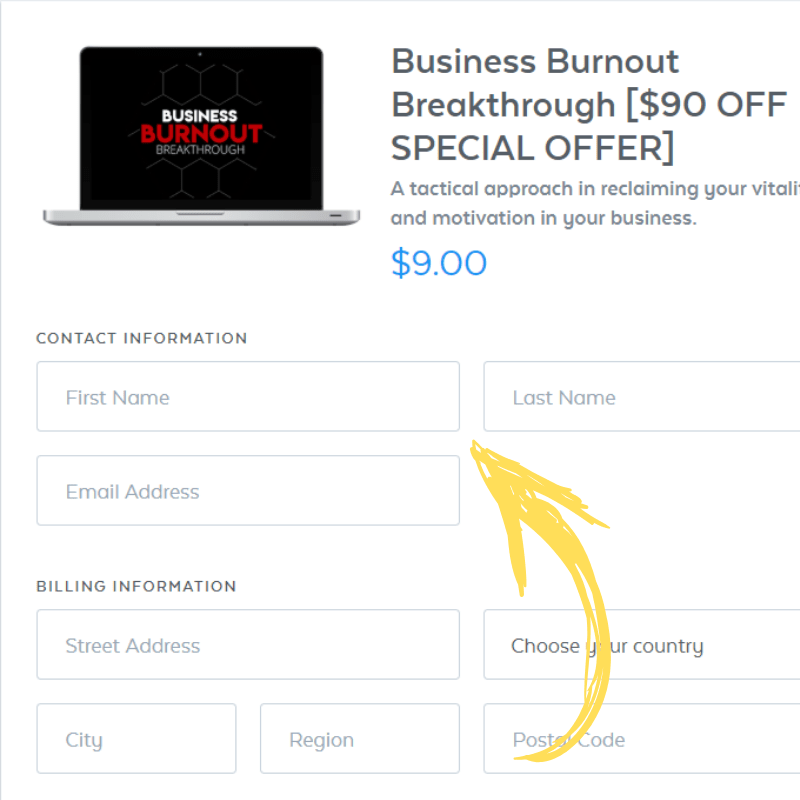 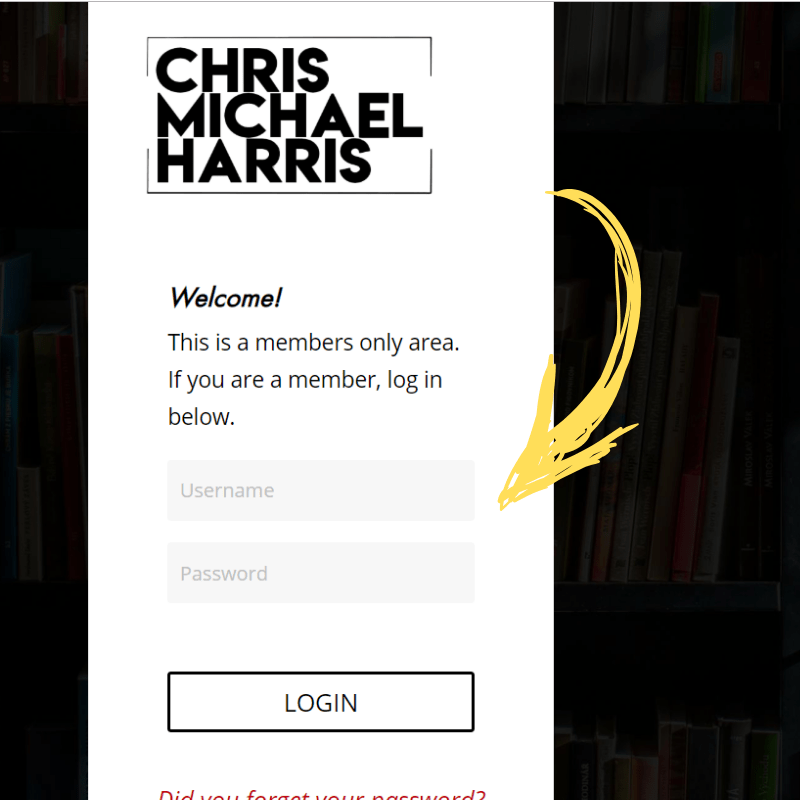 This is right for you if… 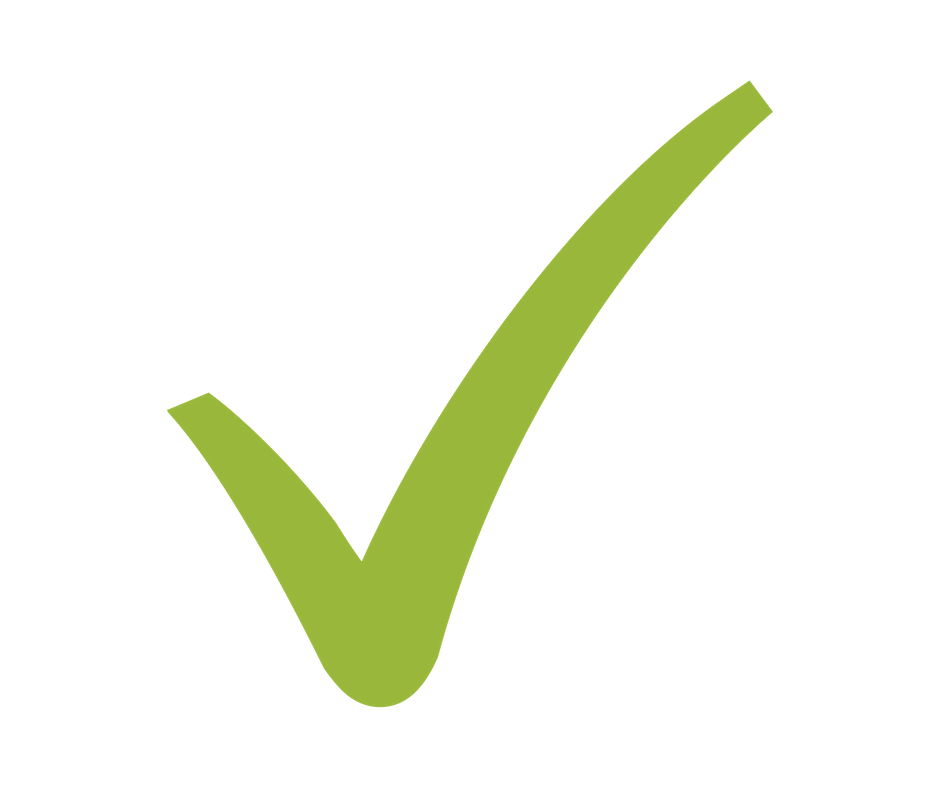 You know what you are doing is not working

You know you can't keep doing what you're doing

You are willing to calculate moves instead of aimless swinging

You deserve to be healthy and happy

You are excited to discover a real solution

Your family and friends deserve a better you

This is wrong for you if… 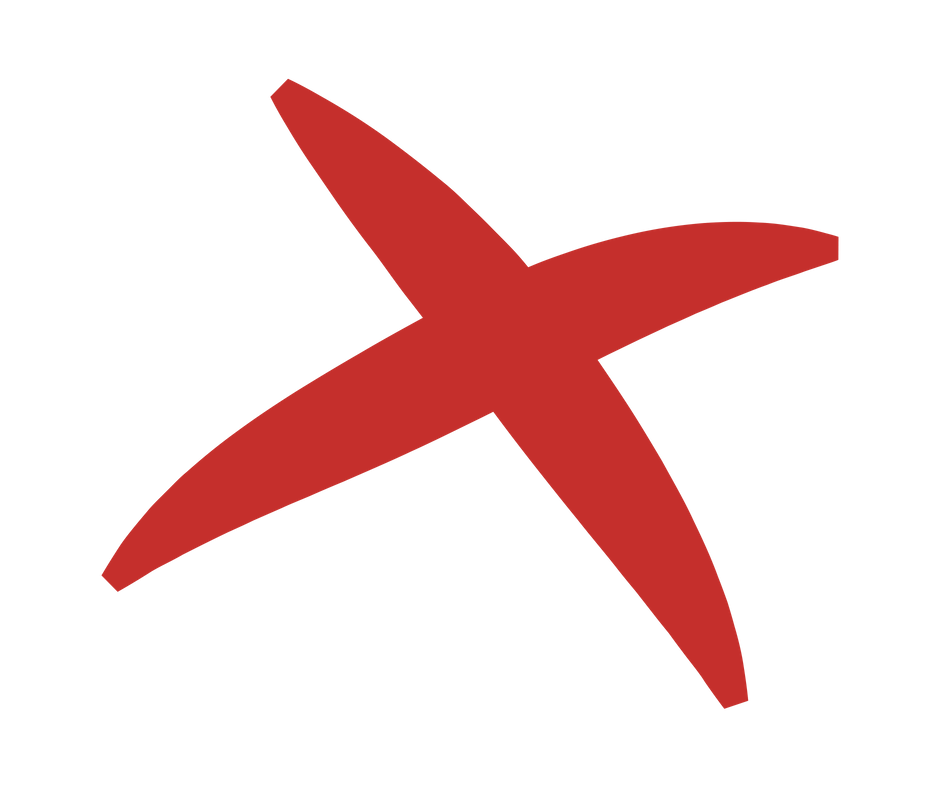 You believe you can just willpower your way through burnout

You don't believe that there's a solution to your current problem

You don't want to learn, you'd rather just keep trying on your own 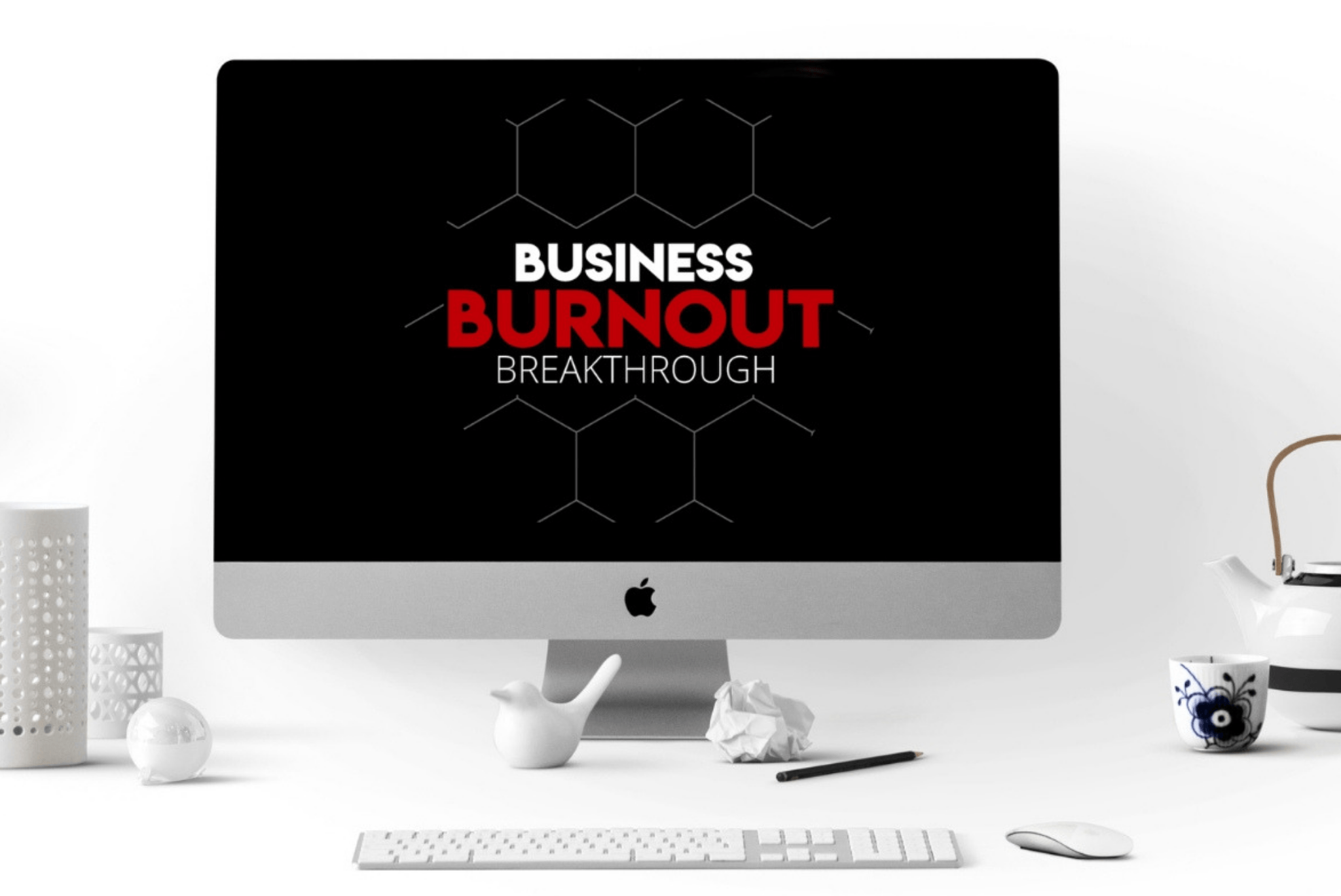 After completing this course:

You’ll be blown away by your newfound energy levels and productivity……while experiencing breakthrough growth in your business……as well as spending more time with your friends and family.

THIS IS TOTALLY ME, LET'S GET STARTED!

Can I Get My Money Back?

This is REALLY important to me.

There’s too many scam tactics on the internet.

People just out to get your money and provide no value in your life.

And so we’ve gone above and beyond to protect you.

Plus we assume the entire risk for you.

You’re getting access to hundreds of dollars of my best stuff.

Literally, I’ve tested this process on hundreds of hours of businesses.

And you can get a full refund within 14 days.

I can’t re-absorb knowledge from your brain.

You can’t give me back a digital file in your head.

And so you have my knowledge with you forever.

Leaving me with nothing and one less customer.

Well, that’s how confident we are in this offer.

We want to build the next great entrepreneurs…

Not rip a few bucks off of people.

And so you’re backed by our NO QUESTIONS ASKED, MONEY BACK GUARANTEE. 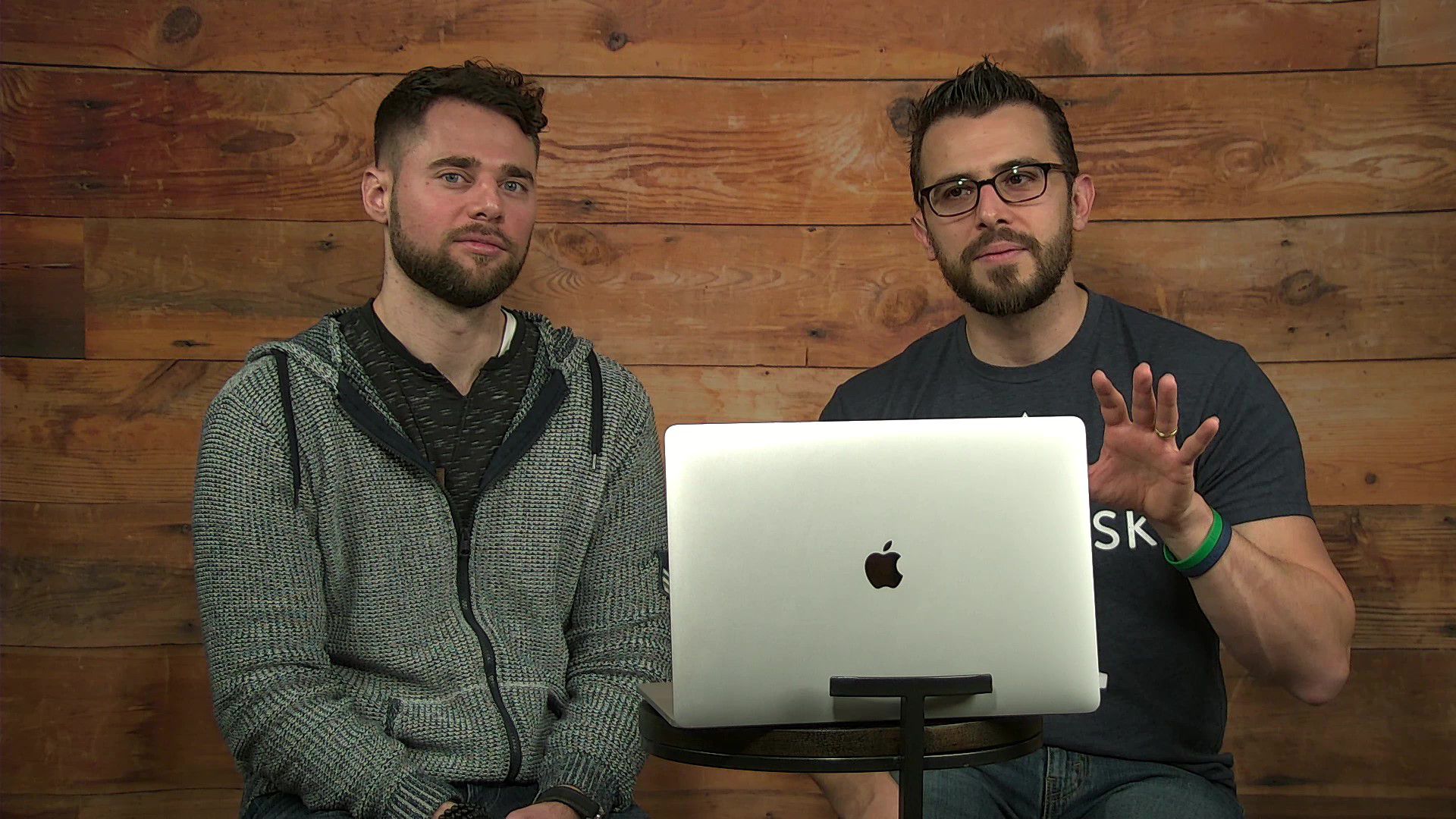 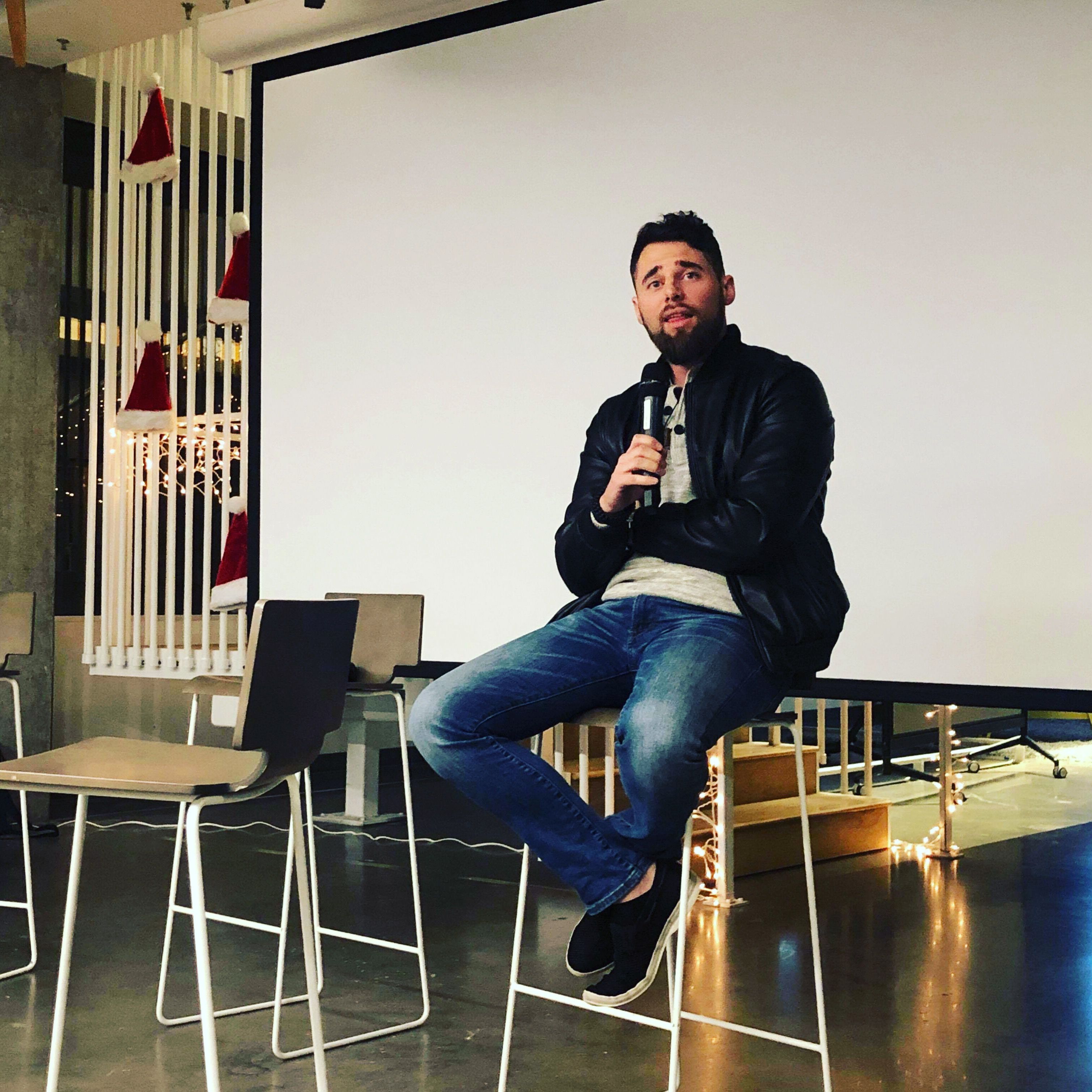